Which was first: the hipster, or the hipster movie? In the early-to-mid 2000s, the hipster subculture was enjoying peak popularity. During the same time, movies featuring hipster fashions and themes were also dominating the box office.

Undoubtedly, the styles seen on-screen influenced many real hipsters, while the real-life hipster scene, in turn, inspired many filmmakers.

Hipster movies typically feature quirky comedy, music from obscure bands, and plenty of rumination on the hipster lifestyle. They’re an interesting look back at the pinnacle of hipsterism. Plus, many of the top hipster movies are fun, engaging films all on their own.

Grab some popcorn and sit back as we take a look at the movies which helped define and create hipster culture:

Top Hipster Movies of All Time:

We would’ve listed 10, but a top 10 list is way too mainstream. Instead, here are the top nine movies either about hipsters, beloved by hipsters, or both: 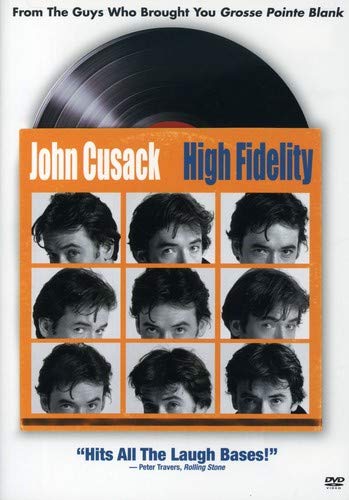 The 2000 comedy-drama High Fidelity is a funny yet honest portrayal of music hipsters working at a used record store in Chicago. Owner Rob Gordon, portrayed by hipster favorite John Cusack, is in the middle of a break-up with his successful girlfriend. To help understand what went wrong, he ranks his previous break-ups in a top-five list. After all, what’s more hipster-y than list-making?

Hipsters love this movie for a few reasons. It’s funny, relatable, and not afraid to call out some uncomfortable truths about hipsters. Rob’s obsessive focus on music is portrayed as a not-so-effective coping mechanism for his reluctance to grow as a person.

Another reason High Fidelity was popular among hipsters is it was the first major role for Jack Black. While today he’s an international star, back then he was an obscure, indie comedian and musician. After all, what’s more of a hipster move than liking someone’s early work before they became popular? 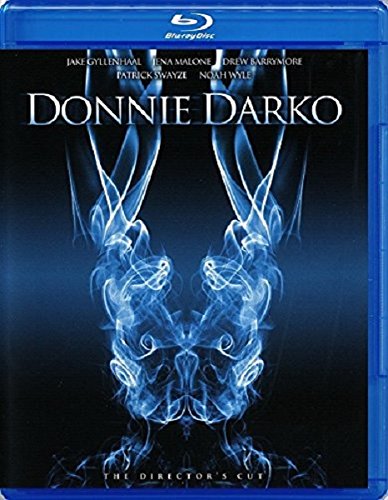 Weird, freaky, and with a story that’s open to interpretation (to put it mildly), 2001’s Donnie Darko is a cult classic among hipsters. It’s a bleak but comedic tale about Donnie Darko, a high school student played by Jake Gyllenhaal, who attempts to prevent the end of the world as foretold by his imaginary rabbit friend, Frank.

Although initially a box office failure, the flick garnered positive critical reviews and a loyal following in subsequent years.

Why do hipsters love this movie so much? First, it’s not the easiest movie to understand. It has tons of symbolism plus a confusing plot involving time travel (we think). Hipsters typically love entertainment the mainstream doesn’t “get” – and that’s this movie for sure.

Plus, the character of Donnie’s a hipster himself. Sure, he doesn’t dress the part, but he’s a hipster in attitude. He’s detached and appreciates the ironies in life, but at the same time, he’s a good dude trying to do the right thing for his friends and family. 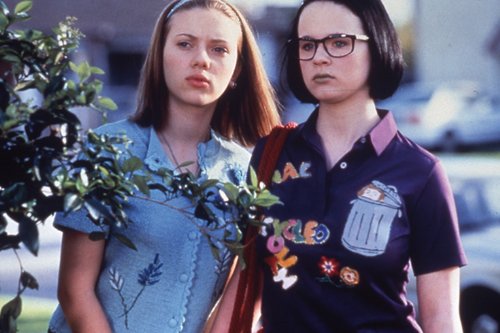 It’s a slow, charming story about growing up, making new relationships, and leaving behind old ones. Plus, it’s relatable to hipsters, or anyone who used to be one. All the characters in the film are obsessed with the minutiae of their hobbies, and how those obsessions forge their identities.

It’s also a great example of the early 2000’s fashion and style. From Enid’s classic cat ears mask to their printed rock tees and more, the movie is loaded with style.

Ghost World is available through Amazon Prime. If you’re a fan of the film, check out the original Ghost World graphic novels by author/illustrator Daniel Clowes. 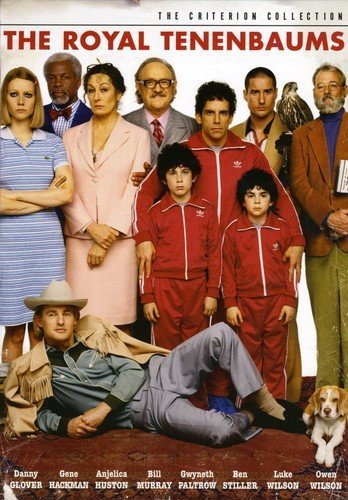 How could a list of hipster movies be complete without at least one film from Wes Anderson? Released in 2001, this quirky comedy-drama features a series of interconnected stories about a wealthy New York City couple and their eccentric, gifted, and troubled adult children.

It’s hard to say which came first: hipster style or Wes Anderson’s cinematic style. They’ve undoubtedly had a strong influence on each other over the years. Aside from the fashion, the character’s detached attitudes are pure hipster. Any aspiring hipster will want to check out The Royal Tenenbaums, along with Wes Anderson’s other films.

The Royal Tenenbaums is available through Amazon Prime. If you’re already a fan and want something related, the screenplay is also available in paperback.

The Royal Tenenbaums (The Criterion Collection)
$13.99
Buy on Amazon 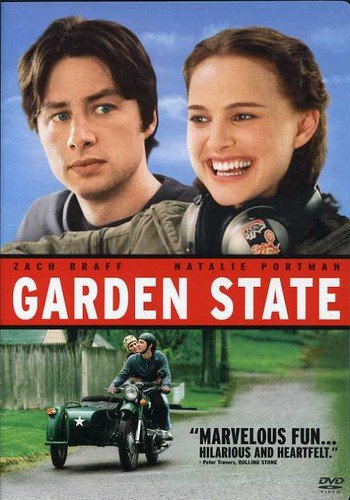 Known at the time primarily for his role on Scrubs, Zach Braff’s directorial debut, based on his original screenplay, is a heartfelt, hipster-friendly film. Braff plays Andrew Largeman, a 26-year-old dreamer who returns to his hometown in New Jersey following a death in the family.

Released in 2004, Garden State deals with the struggles of friends in their twenties as they find their way in the world. A young Natalie Portman garnered a lot of attention for her performance as Sam.

Aside from the film itself, hipsters fell in love with the official motion picture soundtrack. Personally curated by Braff, the Grammy-winning soundtrack is a powerhouse of 2005 hipster hits featuring Coldplay, Simon & Garfunkel, Iron & Wine, The Shins, and others. 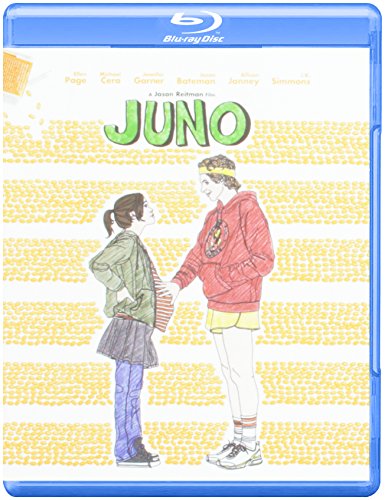 Sweet and charming, 2007’s Juno is a look at the trials and tribulations of the titular high schooler portrayed by Ellen Page. Faced with an unplanned pregnancy, Juno befriends a young married couple with eyes on adoption while also attempted to navigate her final year of high school and the changing relationships all around her.

Juno has lots of hipster cred for two reasons. It’s one of the first films to feature indie-screen-queen Ellen Page. Also, it’s written by a definite outsider, stripper-turned-screenwriter Diablo Cody, who went on to win an Academy Award for the film.

Juno is packed with hipster fashion and behaviors, including a hamburger phone, bean bag chairs, and other celebrations of vintage style. It’s an honest, fun portrayal of hipster life in the mid-2000s.

Scott Pilgrim vs. The World 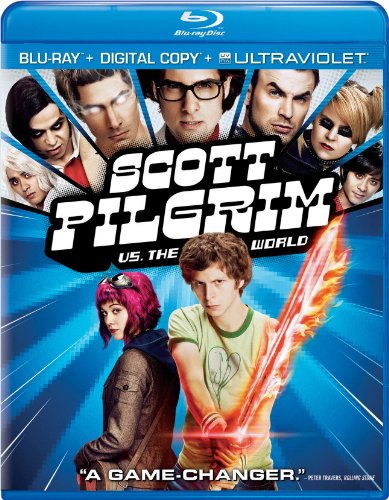 Scott Pilgrim vs. The World is a bit of a hipster fever dream. Directed by cult favorite Edgar Wright (Shaun of the Dead, Hot Fuzz), the film follows the adventures of extremely apathetic Scott Pilgrim as he falls in love with his dream girl Ramona Flowers.

Unfortunately, first, he must defeat her seven exes, including a skateboarder-turned-movie-star, a vegan rock-and-roller, and others. It’s an action-comedy filled with heart, dazzling visual effects, and loads of creativity.

Much like Wes Anderson, it’s not much of a hipster movie list without Edgar Wright’s presence. Scott Pilgrim is his most hipster work by far, with hipster attitudes and fashions in practically every frame.

Of course, no matter how much a hipster likes a movie, he or she is obligated by hipster-law to say they liked the book better. Scott Pilgrim vs. the World is based on a series of comic books by Canadian writer/illustrator Bryan Lee O’Malley.

Eternal Sunshine of the Spotless Mind 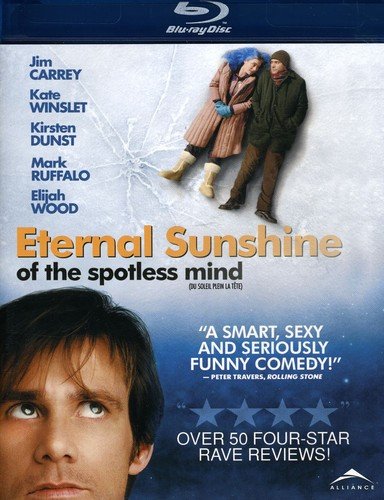 Written by Charlie Kaufman (Being John Malkovich), Eternal Sunshine of the Spotless Mind is a sci-fi romance starring Jim Carrey as Joel and Kate Winslet as his ex-girlfriend, Clementine. After Clementine undergoes a procedure to remove Joel from her memory following their break-up, Joel decides to do the same.

Unfortunately for Joel, as his memory is erased, he realizes he still loves Clementine, even if all he has left of her are his memories. What results is a chase through his mind as he attempts to save his past before it’s gone forever.

Surreal, complicated, and ultimately heartfelt, the film is a critical favorite featuring many hipster themes and characters.

Eternal Sunshine of the Spotless Mind [Blu-ray]
$11.96
Buy on Amazon 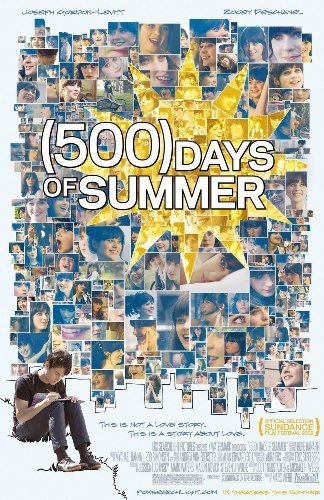 Any list of hipster movies must include the Hipster Queen Zooey Deschanel. (500) Days of Summer stars Joseph Gordon-Levitt as Tom, a greeting card designer who falls in love with Summer Finn, the new receptionist played by Deschanel.

Although Summer doesn’t believe relationships are meant to last, she and Tom soon begin a whirlwind romance. The film chronicles their brief, passionate but ultimately doomed relationship.

Aside from featuring hipster characters, the movie is an excellent example of the Manic Pixie Dream Girl. A popular troupe, especially in hipster films, the MPDG is a quirky, energetic girl who seemingly exists only for the main character of the story to fall in love with.

Many of the most popular hipster movies weren’t necessarily made with hipsters in mind. Instead, they reflected the fashion and mentality of people at the time who happened to be hipsters. However, looking back, these movies now provide a fascinating glimpse at a culture with more substance than many people realized.

Whether you’re interested in what life was like when hipsters ruled the earth, or you’d like to relive your former hipster days, the movies on our list are an excellent introduction to hipster culture and style.